Have you ever left a web app opened in a tab for a couple of hours to come back and see this screen? In this post we will learn how to use the Chrome DevTools to find memory leaks.

JavaScript is a garbage collected language, but we should still learn about memory management, as making memory leaks in your code is quite easy. In short the garbage collector tracks memory allocation and when a piece of allocated memory is not needed any longer, it frees it. Unreachable pieces of memory are considered garbage, but for the rest only the developer can decide whether it’s needed or not. So, the main causes of memory leaks in JavaScript are unwanted references like accidental global variables, forgotten intervals, detached DOM elements and others.

Can you spot a problem with the following code snippet?

Don’t worry if you can’t figure it out, the issue is not so obvious. To diagnose if an application has a memory leak, you can use the Performance section in Chrome DevTools. In the above example we want to check if continuous usage of the application (adding/removing tasks) causes unexpected increase of memory usage. To test this we can record the memory usage while adding and removing a task several times. We expect that when we add a task the memory usage increases and when we remove it – the memory usage drops back to the previous level. 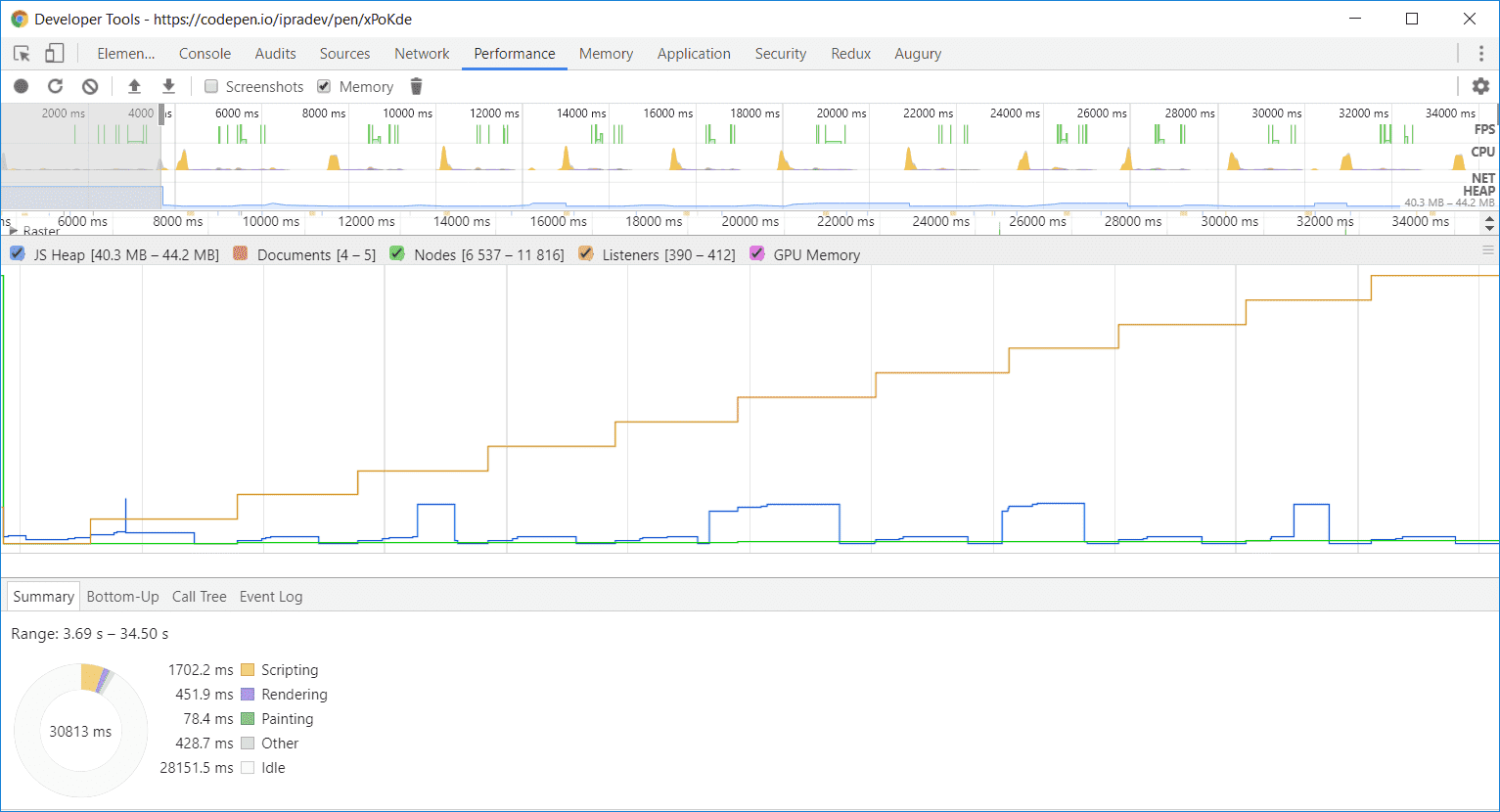 As seen on the screenshot above the nodes and listeners progressively increase and never drop while the expected outcome is a graph similar to the JS Heap line above.
Note that garbage collection is non-deterministic. In other words, it is not possible to be certain when a collection will be performed, so Chrome DevTools gives us an option to force it (step 4).

When it comes to finding where the problem originates the Memory section in Chrome DevTools comes in handy. With a couple of snapshots we can find which parts of the application use more memory than expected and whether we have any detached DOM elements: 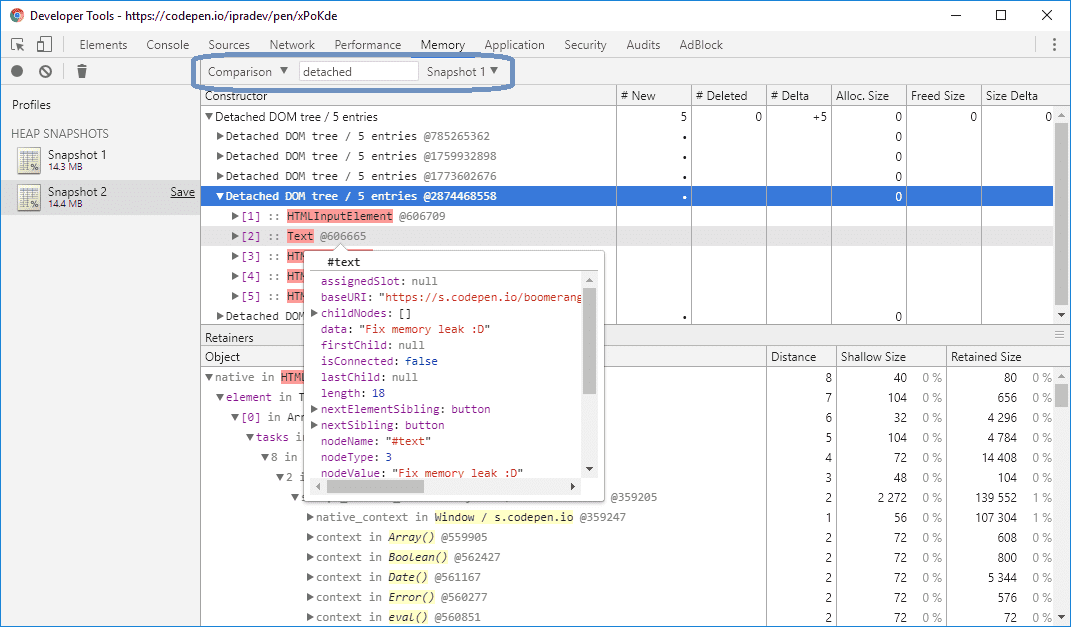 Turns out our Task’s destroy method has a bug – we call the DOM removemethod, but we still keep a reference to the DOM element, so it’s never collected. When we get that fixed and perform the same test in the Performance tab, we’ll see the pattern we want:

The overall memory usage is proportional to the number of tasks we have and removing tasks actually drops the memory usage.

Memory leaks are common in JavaScript. Some of them may cause serious performance issues, so it’s a good idea to get familiar with memory management and start profiling at an early stage, especially when working on big applications. In this article we’ve only scratched the surface, but it’s still a good start.

Here you can get the fully working examples: