What is AI? (brief discussion)

In simple terms, we can describe Artificial Intelligence (AI) as a machine that thinks and acts like a human being. Those actions must correspond in real-time triggered by the surrounding environment and current goal.

What do most people think when they hear about AI?

They imagine human-like robots, like the ones from the movies that want to conquer the Earth, but this is far from the truth. AI is part of computer science research that is based on a principle that mimics human intelligence. Those principles are based on a translated model of human behaviour to a machine-like logic so the computers can comprehend it. With their help machines can accomplish a variety of tasks: from simple to complex.

As a result of many years of research and technological evolution, we can say that Artificial intelligence is constructed by data mining, machine learning, and AI paradigm. It can be described as a Russian nesting doll or sets of subsequences. 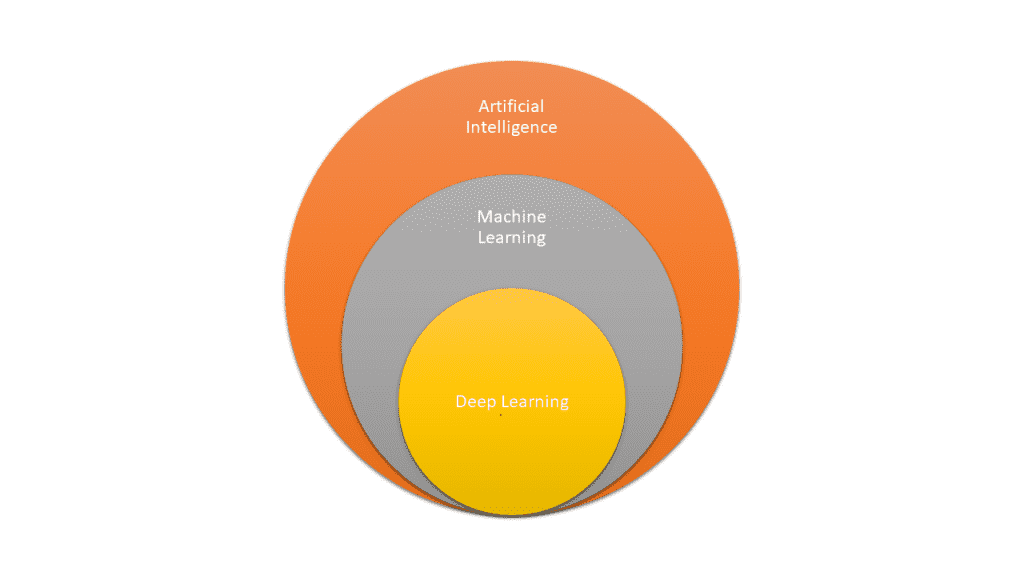 How is AI applied in the current time?

With the evolution of AI, it can be used in many different fields. Such as computer science, the car production industry, the medical industry, linguistics, overall scientific work, as well as, devices that assist our daily lifestyle.

Here I will quote Max Tegmark, President of the Future of Life Institute:

“Everything we love about civilization is a product of intelligence, so amplifying our human intelligence with artificial intelligence has the potential of helping civilization flourish like never before – as long as we manage to keep the technology beneficial.”

By default, computers are “stupid” and they only execute simple commands. We, humans, are the intelligent species that can make stupid machines perform in a certain way that interacts like us.

In the modern world, we can see the application of AI everywhere – from our smartphones, city infrastructure, to the old looking cars. Let us take, for example, the car industry. For many years we talked about autonomous or otherwise called, self-driving cars. This can be accomplished only by AI. 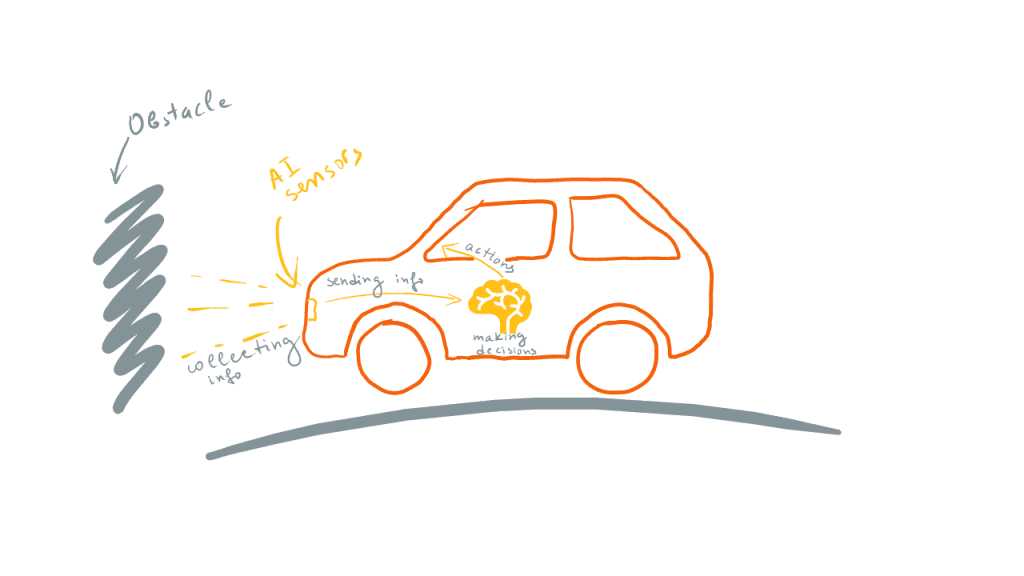 In an AI-developed car, we have built-in sensors that collect information for the surrounding environment such as the distance from other cars, buildings, traffic lanes and so on. All this information is then processed, analyzed and based on the learned model. The AI tells the car what action needs to be done next. Some examples may be steering left, or right, hitting the brake, acceleration and so on.

Here we are going to state some of the most common myths about AI.

Myth: First of all many people simply say that there will be super-intelligent machines in just a century from now. There are of course some who are on the exact opposite mind – they say it is totally impossible. So, what is the real fact behind this question?

Truth: Nobody knows when will such devices become a reality – too many experts in the AI sphere disagree about the time super-intelligence requires to be created, some say decades, some centuries and others even say it is not going to happen ever in the meaning we apply to it.

Myth: Artificial intelligent machines will become evil or conscious and then enslave the human race. We have seen this in enough movies or read about it in sci-fi books to start getting suspicious or at least start wondering if it could actually happen.

Truth: The one thing we should worry about is none of the above, but making sure that AI does not change the main defined goal we have set on it. The reason behind this is that it might start getting more and more competent about the set goals.

Let’s consider a scenario: We set the command “drive me to the airport as quickly as possible”. The AI might find a route and speed that gets us there in ten minutes but neglect the human need to “drive safely” in the meantime. Or fail to respect driving regulations. This way the changes can have a negative impact, rather than assist the human needs as AI is meant to serve.

In occasions such as this, the results differ from the ones that will help humans and science, and the machine might perform actions that can affect the environment unexpectedly and can not easily be handled by people.

Truth: The first and most intuitive statement against this myth is – there will be a need for people who can create and manage AI algorithms and machines. But of course, not all of the jobs are going to be focused around the AI sphere. The main reason such machines and programs to be created is to assist people with mundane tasks without removing the need for human involvement. Maybe some of the positions we have nowadays will no longer exist but there will be far more and interesting ones that will replace them.

There are many more myths for AI but in the end, we need to answer this question – What are we going to use it for? Will it be used to advance science and improve the quality of life? Or as a source of profit or a tool to harm each other in wars.

With the evolution of technology, Artificial Intelligence is pushing against its peаk again. Now we have more powerful hardware on which we can perform a more complex task and therefore we can create models for different tasks. Such as robots sent out on an exploration quest in space, determining what news are fake, or propaganda. Another application is with complex medical operations or analyzing disease (ex.diagnosing cancer).

In present days we can see a few competitions that focus their attention on the detection of fake news and propaganda (SemEval) with natural language processing (pre-processing, stemming, BoW and so on) as well asAI. “Robots” with AI built-in are sent to space on exploration missions, but we are still at the beginning of unlocking their real potential.

We have already seen a self-driving car but with time they will become even more precise in their driving. And who knows, we may come to see a whole city only with self-driving public transport. This is the time that AI vision is getting stronger and stronger and we are the pilots of that growth. We construct how it will be used – for weapons or medicine, for our everyday routine or for space missions, it all depends on us.

What is an application of AI that you are looking for? What myth were you happy to see debunked? Comment below and share with your friends if you found this article interesting!

Home » The Future of AI and What you should know about it?