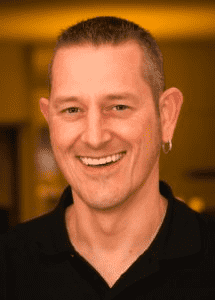 In our special Java Daily edition, we would like to introduce you to Gerrit Grunwald. He is a software engineer with more than fifteen years of experience in software development. A true believer in open source and participant in popular projects like JFXtras.org, he also has his own projects (TilesFX, Medusa, Enzo, SteelSeries Swing, SteelSeries Canvas). You can find him on Github or on his personal blog.

Gerrit blogs regularly as well as being an active member of the Java community, where he founded and leads the Java User Group Münster (Germany), he is a JavaOne rockstar and a Java Champion. He is a speaker at conferences and user groups internationally and writes for several magazines.

Java Daily: What do you think is the future of desktop applications in general?

Gerrit Grunwald: If you need access to the local file system, big data, or if you have to handle large table views, etc. it’s usually the point where a desktop application (not only Java) will shine because these things are really hard to do by using web technologies.
The other reason is the lifetime of the application. Desktop apps will mainly be used by large companies internally. Such internal apps usually are not made to be changed with every new web frontend framework. These apps usually will be used for years and for such apps desktop applications simply make more sense.

Java Daily: Can you give some examples of popular products or companies that have adopted JavaFX and why?

Gerrit Grunwald: I know that companies like Zeiss, Microsoft, Intellij, UBS, Eizo, Airbus, Nasa, Audi, BMW, Volkswagen, Debeka, Navis, and others are using JavaFX applications internally. There are various reasons why such companies decided to go with JavaFX for their desktop apps. One reason is that it is often easier to re-use libraries and existing code from the Java backend or other existing apps/projects. Big companies don’t want to jump on each new JavaScript frontend technology that shows up so they often decide for the long run where Java rules because of its backwards compatibility. So they can be sure that when they create their desktop app in Java with JavaFX it will also run in a couple of years and might even get the latest updates.

Java Daily: The ability to render your UI to different devices (mobile, web, desktop) is currently in high demand. Will JavaFX adapt to this or maybe it can be easily combined with another solution to achieve this feature?

Gerrit Grunwald: Well that’s exactly what you can do by using JavaFX, you can use the exact same code for desktop, mobile, and browser. Desktop is the standard, for mobile applications you can use Gluon which not only makes your JavaFX application running on iOS and Android but also on embedded devices like the Raspberry Pi and for the browser you can use jPro and for the browser you don’t need a plugin!!! If you open the jPro website you actually use a JavaFX application because the whole page is written in JavaFX!

Java Daily: What are the cross-platforming possibilities of JavaFX? Can you truly write once and then run everywhere or there are some important limitations we need to be aware of?

Gerrit Grunwald: Well you can use nearly all features of JavaFX on platforms like MacOS, Windows, Linux, iOS, Android, and ARM. There are some restrictions on some platforms like no sound and no web-view on iOS, Android, and ARM. The reasons for these limitations are not technically but the lack of manpower. Gluon simply has not enough people to port all features to all platforms and they decided to leave out sound support for the moment. And to be honest, the sound is really not the most important thing on a mobile or embedded app. The web-view is a different story and we might see something in the near future here.

Java Daily: What are your favourite software engineering-related books? What about non-technical?

Gerrit Grunwald: Hmm…that’s a good question, I did not read a software engineering book for years, so I cannot really say that I have a favourite. Non-technical is a different story, one book would be „Ready player one“ which is just awesome and there is a series of books called „Heroes of Olympus“ which I also like a lot. Apart from that my absolute favourite books are the books about „Perry Rhodan“. These books are only available in German and are science fiction.

Java Daily: If you currently have to write a simple web-based project (like a photo gallery) for example, what technology stack would you choose?

Gerrit Grunwald: Ha…now you got me…to be honest, I have no idea and this is because the web stuff is changing so rapidly that I would always look up what is the latest and greatest stuff to use before I would start a project. Lucky me I don’t have to create a web-based project at the moment 🙂

Is there anything else you would like to ask Gerrit Grunwald? What is your opinion on the questions asked? Who would you like to see featured next? Let’s give back to the Java community together!